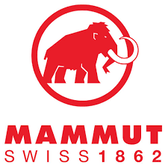 Mammut wants to cover the complete range of mountaineering and outdoor sports, and sees itself as being in the exceptional position of a premium manufacturer. As well as clothing, equipment and accessories, the company also offers product maintenance and a consistent training of its customers.
In the Mammut Alpine School, outdoor enthusiasts can book avalanche training and technical training in all alpine disciplines, and in 2015, the Uri mountaineering school will be integrated into the Mammut Alpine School.
Alongside training activities, Mammut maintains a partnership with many extreme sports people in the form of Mammut Pro Teams.
With the alpine, climbing, freeride and trail running Pro Teams, Mammut has a broad spectrum of experts who test new material during their work, and continually drive Mammut’s innovations forward through their experience.
In addition, Mammut brings the mountain world directly into the customer’s own four walls through the digital project #project360. With the aid of digital alpine cartography, they can view legends of the most famous mountains up close on their screens.
By computer or smartphone, the spectator is able to follow the alpine experts on the mountains of this world, while selecting their own viewing angle. The climb is documented with 360 degree camera technology.
Since the start of 2014 Mammut has been presenting, alongside Mont Blanc, more than 30 mountains worldwide including the North Face of the Eiger (Switzerland), the Matterhorn Hörnligrat (Switzerland), El Capitan (USA), Mount Elbrus (Russia) and the Rübezahl icefalls (Switzerland), which can all be admired online. 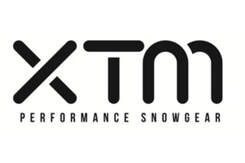 The result of a brainstorming session between three hugely influential figures within the Australian snow scene, life time owner Pete “Fozza” Forras, NSW’s snowy cowboy Gary “X” Rae and the salmon of knowledge Bill “the Uncle” Dalton. The three decided that they wanted to create a brand that would change the face of Australia’s snow sports industry and show the world Australia is a country to be taken seriously in winter sports. From that small cafe in Sydney XTM was born. The name XTM is an abbreviation for the term “cross the mountain” or “X-The Mountain”.
The goal was then as it still is now “to create world class snow and outdoor gear at competitive prices, backed with passionate customer service and available worldwide”.  It didn’t take long for XTM to be a massive hit. By 2002 we  had already established ourselves as one of the leading brands in the Australian market. The three ambitious entrepreneurs were never going to rest at that.
They acquired a licence to use Gore-tex in their top level ski gloves, to this day are still the only licensed Gore-tex glove manufacturer in Australia.
With this massive development XTM became the official supplier for the Australian Winter Olympic team. With this the XTM brand was launched onto the global arena. In Pete’s words “It was almost like I felt I owed something to this wonderful organisation who helped me realise my dream”. For the past three Olympics XTM have been the Official Supplier of Gloves, Socks, Bags, Base Layers and Apres Boots for the Aussie team. The New Zealand and Danish Olympic teams have also chosen to wear XTM in Olympic competition. This close relationship with some of the world’s best athletes has been instrumental to the development of our brand.Pete competed for Australia at the 1988 Calgary Winter Olympic games in the downhill and downhill combined.
​We are a company who caters for all types of adventurers, what we learn from working with the most talented athletes on the planet can be seen throughout our entire range. We will forever endeavour to work with the most advanced materials and technologies in the world to continually bring you products of gold medal quality.

ARE WE A FRENCH COMPANY?​
The short answer is no. Let’s put it this way: A microwaved burrito is way more common in our lunchroom than a baguette and brie. After work, beer is far more likely to be imbibed than wine. And secondhand smoke from a Gauloise would never be tolerated.
So what’s up with our Eurotrash, pseudo-Franco-phile name? We’re not even sure ourselves, but what we do know is that for 35 years the name Voilé (vò-lay) has been synonymous with backcountry winter adventure. Rather than the Alps, we are located minutes away from the best snow on earth: the Wasatch Mountains of Utah.
Our focus in the early 1980s was aimed toward backountry skiing and the resurgence of the telemark turn. Then, in 1991, Voilé turned the snowboard world upside-down by introducing the much-needed design of a backcountry splitboard. The original concept was the brainchild of avid Utah rider and Avalanche Forecaster, Brett “Kowboy” Kobernik. He sought out the technical know-how of Voilé’s namesake and CEO, Wally Wariakois. The rest is history.
Zach Grant riding the Voilé Mojo splitboard, overlooking the Salt Lake valley.
Wally and our staff fine-tuned the art of splitboard design and production. We launched the Voilé Split Decision as our first production model. Among other innovations we have created the original ski strap, and our patented system of “Hooks, Clips, and Pucks,” which is now the industry standard for the quick assembly and breakdown of splitboard halves.
Voilé has always been a company willing to try anything and then perfect the hell out of it. The end product may not be a sexy or expensive as it could be, but to bear our logo it will definitely deliver performance, reliability, durability, and will simultaneously remain as lightweight as possible.
Besides being the de facto “Wright Brothers of Splitboarding,” we were also into FAT skis before anybody else thought it was cool. (No bragging, just fact.)
It all began by collaborating with our friends at the now-deceased Evolution Ski Company, another Utah original in its own right. The ski that emerged from that association is the Voilé Telesurf, a ski conceived for off-piste snow who’s time had come.
The Telesurf later mutated into the now infamous Mountain Surf. Since telemarking was in vogue, many assumed its short length was crazy. They were wrong. Others thought its wide waist would inhibit turning. They were wrong too. So what did everybody agree on? The Mountain Surf skied powder like a dream, and busted crud with a vengeance. And its wide waist even lent a hand, holding an edge on icy traverses.
After a few iterations of Surfs and further ski development, we went on to create the Insane, the Asylum, and eventually the Drifter – our first ski to incorporate what we now call “Voilé Hybrid Rocker.” Then came the Charger, the Vector, and the award winning V8, V6, and SuperCharger.
Bob Athey, Wizard of the Wasatch, on Cardiac Mineral Tour, Wasatch Mountains, Big Cottonwood, Utah
TODAY IS ALL THAT COUNTS
All history aside, we realize that nobody on the planet buys a pair of skis based on the past. Today is all that counts. Competition in the backcountry category is fierce, and the end user is more discriminating than ever. As a result, Voilé ski design is constantly evolving.
There are, however, a few ideas that never change. The hallmarks of any Voilé ski will always be solid and lightweight construction in a design that performs, but doesn’t break the bank. Witness this year’s line of award winning backcountry skis, and know they are all hand-crafted with care, under one roof, in the shadow of the Wasatch Mountains. 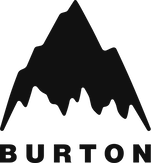 “OUR AMBITION IS TO INSPIRE GOOD TIMES AND ADVENTURE IN THE PRODUCTS WE MAKE AND LIFESTYLES WE LEAD. WE CREATE PRODUCTS WE USE OURSELVES AND THESE PRODUCTS ENABLE OUR GLOBAL TRIBE TO LOSE THEMSELVES IN THEIR OUTDOOR EXPERIENCES.” - THE FOUNDERS

POW Gloves was first dreamt about in 1997 on a road trip to a ski resort in Washington State. Cold, wet hands can ruin a great day of riding on the hill – this is common where we live in the Pacific Northwest and it's why we decided to get in to the handwear business in the first place. We originally designed and created a small range of gloves, selling them out of the back of a car to the locals that rode the PNW resorts. Fast forward to the present, where the POW brand is sold in over 43 countries worldwide.